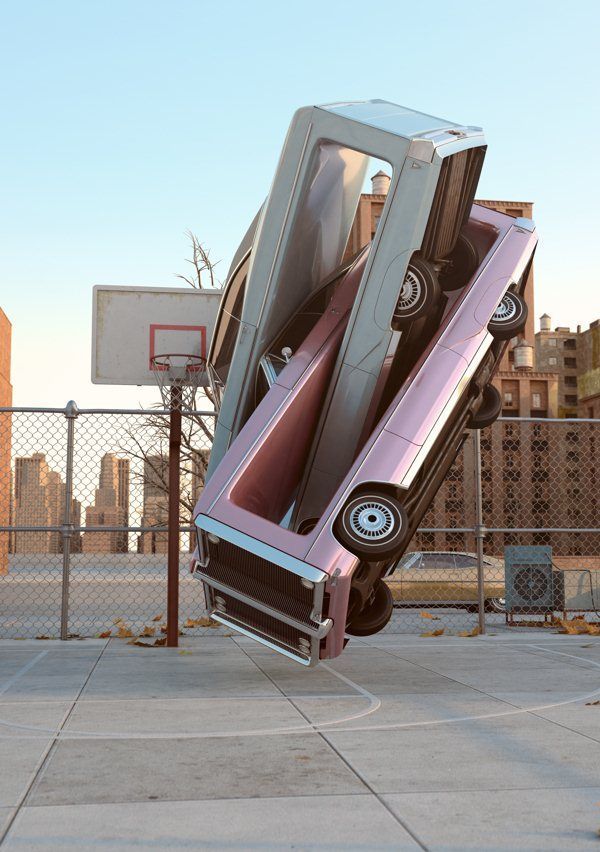 Chris LaBrooy is the artist behind these amazing automobile-inspired installations. The series, called Auto Aerobics is set in an unused basketball court. It features a classic cars gracefully interlocked with each other. Some of them seem to float in midair or are firmly planted with all four wheels on the ground. Chris is currently based […]
Read More... 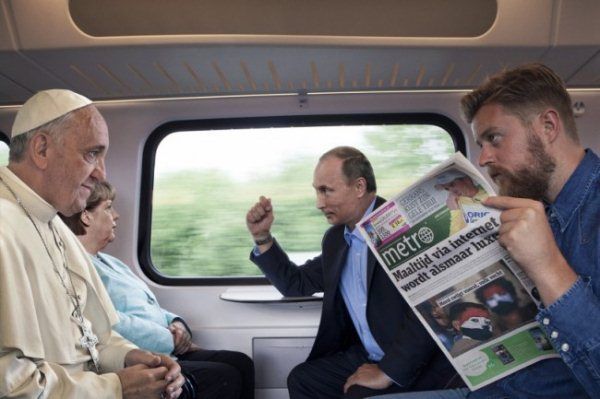 Jaap Vliegenthar is an imaginative digital image manipulator who is known for his humorous, often satirical images featuring well-known celebrities. So far, he has managed to put the Pope, Vladimir Putin, and Queen Elizabeth II in some of the most unlikely scenarios. While his scenes are highly amusing, they’re not at all derogatory. They simply […]
Read More... 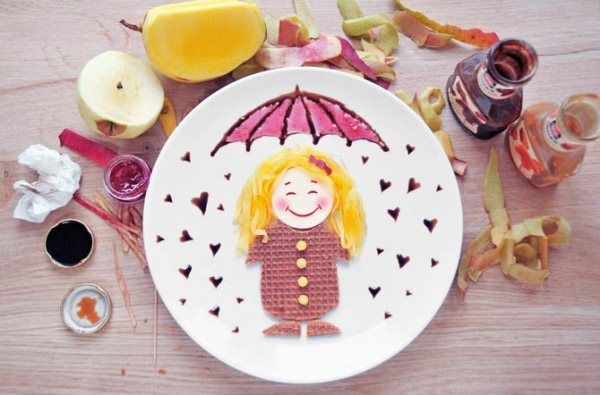 Daryna Kossar is an outstanding photographer and designer from Ukraine. Now, we’ve featured a lot of food art before but Daryna stands out with her creative use of everything that happens to be at hand. the list of things she’s used include: lipstick, mascara, blueberries, cookies, coffee, bread, and sugar cubes. According to her, her […]
Read More... 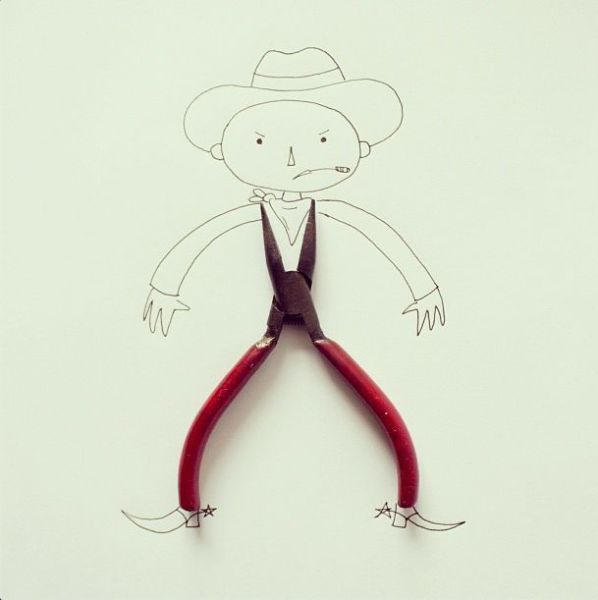 Javier Perez (not to be confused with another artist of the same name) is a multi-talented artist currently based in Ecuador. He is an illustrator, graphic designer, art director, and photographer. He also does typography, branding, and awesome bits of animation. One of his most popular series in his Instagram account is an ode to […]
Read More... 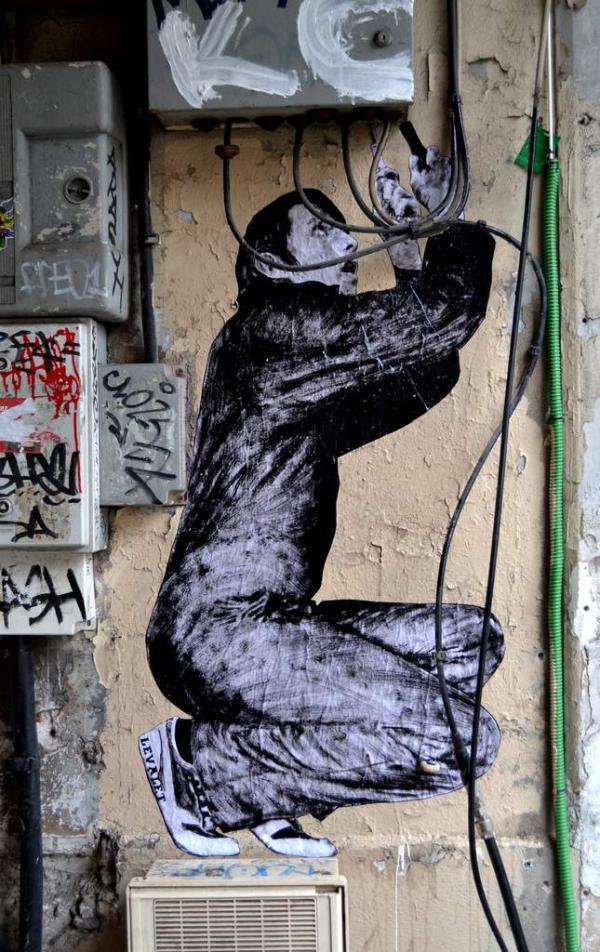 Charles Leval is a French street artist whose art is starting to crop up in some of the most unexpected places. Levalet, as he is known in the artistic circles, likes to use props in some of his work. The props are usually the only spots of color to be found in his art. Unlike […]
Read More... 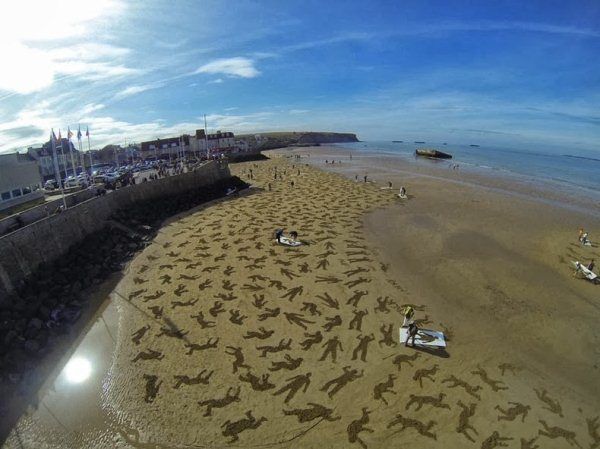 “The Fallen” is the brainchild of two British artists to commemorate those who fell during the WWII in the beaches of Normandy. Jamie Wardley and Andy Moss traveled all the way to the historic beach and together with hundreds of volunteers, proceeded to scratch stencils of soldiers into the sand. The initial number of volunteers […]
Read More... 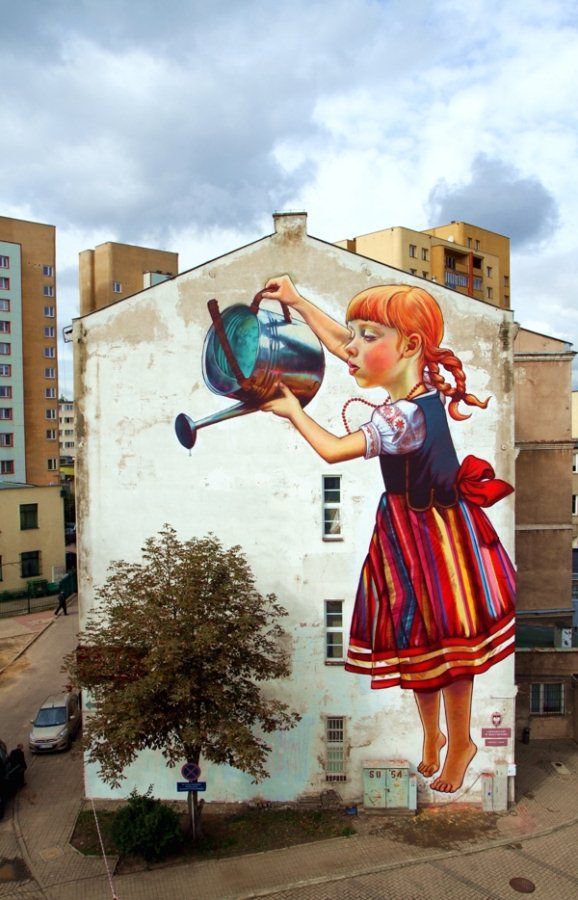 Natalia Rak is a street artist whose ‘territory’ covers most of her native Poland. Her work is mostly large-scare and covers entire walls of buildings. Natalia is a graduate of the Academy of Fine Arts in Lodz and has been a painter before she became a street artist. One of her most famous pieces is […]
Read More... 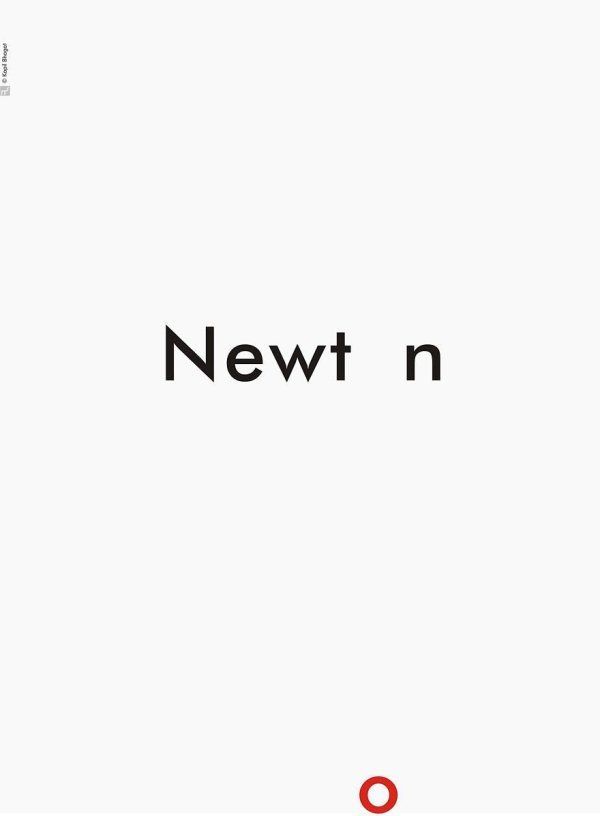 Kapil Bhagat is an India-based graphic designer who designed a series of clever typographic posters for Science Day. The minimalistic posters features the names of famous scientists written in such a way that shows their respective achievement or theory. Newton’s name dropped the red apple-like O; Rontgen’s name is a bright white against a stark […]
Read More... 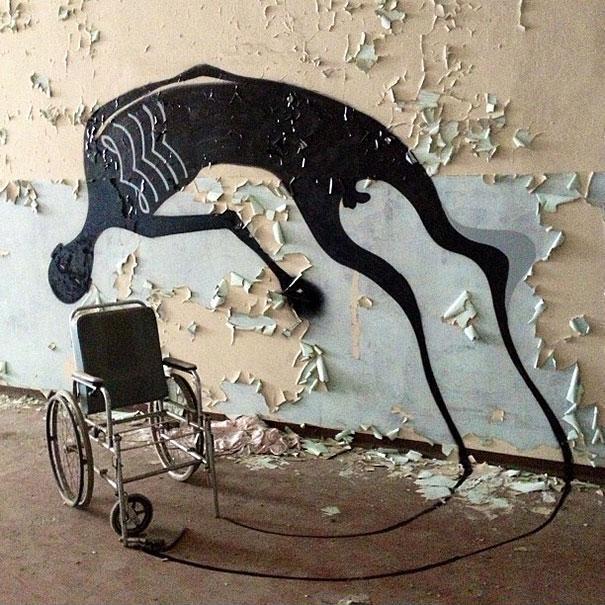 Herbert Baglione is a street artist who loves creeping people out. While visiting an abandoned psychiatric hospital in Italy, Baglione grabbed the opportunity to paint his signature shadow people on the walls and floors of the facility as part of his 1000 Shadows project. Similar silhouettes can be found the world over and it doesn’t […]
Read More... 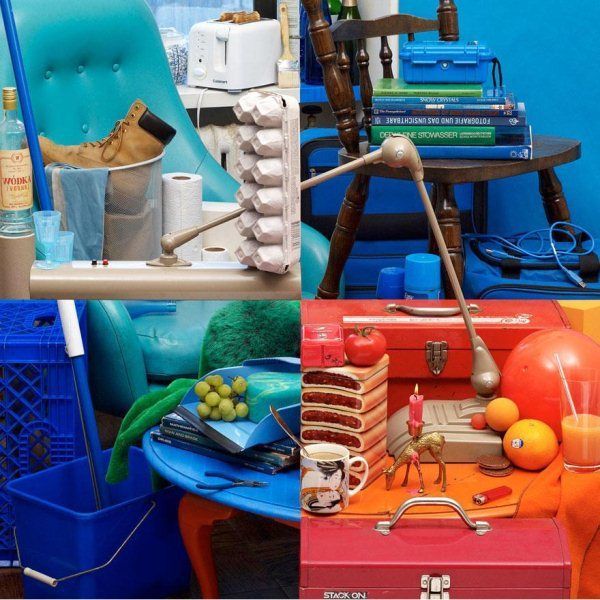 Bela Borsodi is the photographer and conceptual designer behind the cover of VLP’s newest album “Terrain”. The album cover is an optical illusion which tricks the mind into seeing four separate divisions. The separation is nothing more than a clever arrangements of the objects. Edges were carefully lined up to delineate between the different areas […]
Read More... 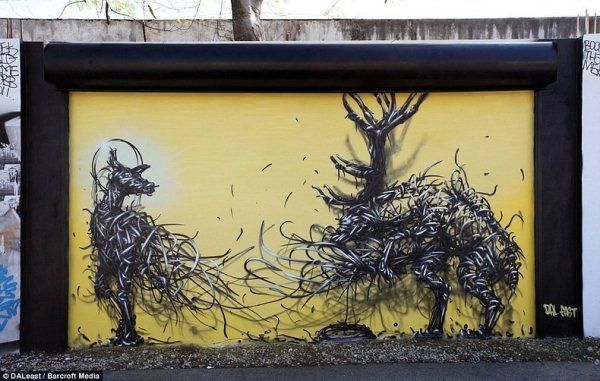 DALeast is a 29-year-old Chinese artist who currently lives and works in Capetown, South Africa. He has recently been unleashing his talent on unsuspecting walls all over Capetown. His street paintings are huge in scale and can often be hundreds of feet across. DALeast’s signature style is to make his paintings look like thousands of […]
Read More... 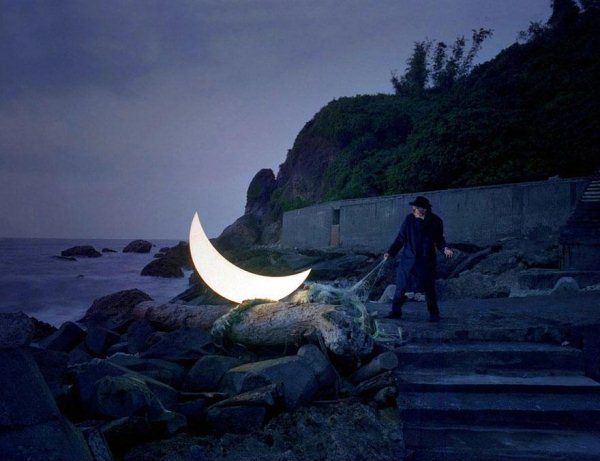 Leonid Tishkov is a Moscow-based doctor who has spent the last ten years traveling around with his very own crescent moon. The moon is actually just a lamp he created for a contemporary art festival. He took the moon home with him and the rest, as they say, is history. What he does, he describes […]
Read More... 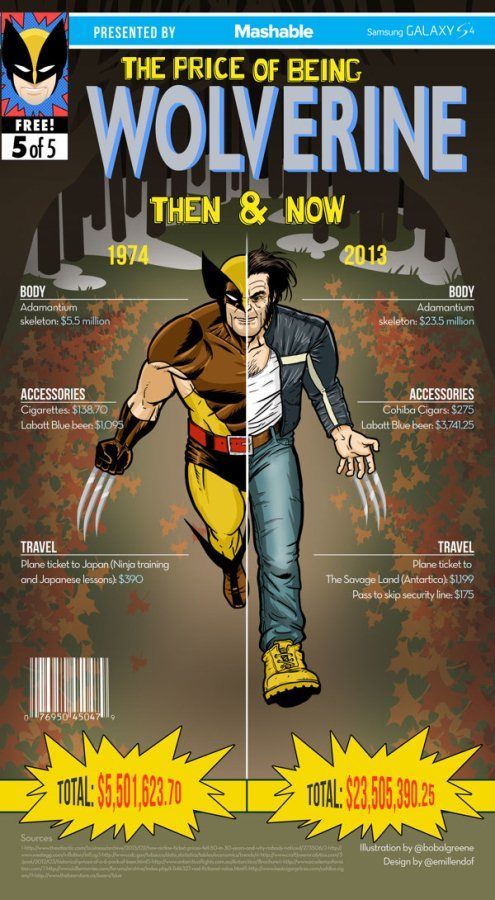 The Price of Being Superheroes is a colorful infographic made possible by the collaboration of Emil Lendof, Bob AlGreene and Nina Frazier. The created a hilarious mash-up of a superhero’s hypothetical expenses then and now. It looks like ordinary mortals like us aren’t the only ones affected by inflation. Dr. Bruce banner probably took one […]
Read More... 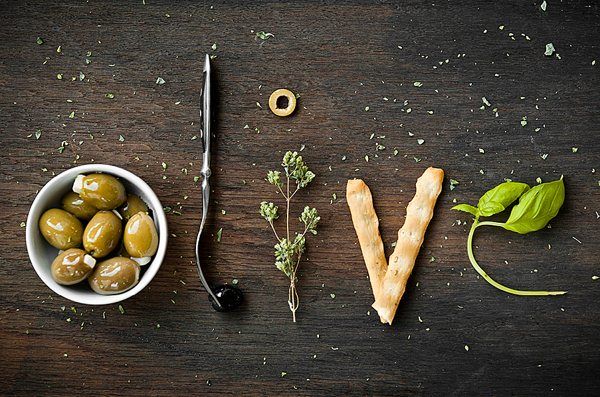 Marion Luttenberger is an Australian designer and photographer. She recently launched a series where she used mundane, everyday objects to create letters, words, and even phrases. She describes her work as a ‘low-budget, handcrafted, conceptual and experimental typography combined with photography’. Marion uses the oddest things in her work. Bacon, for example, was used to […]
Read More... 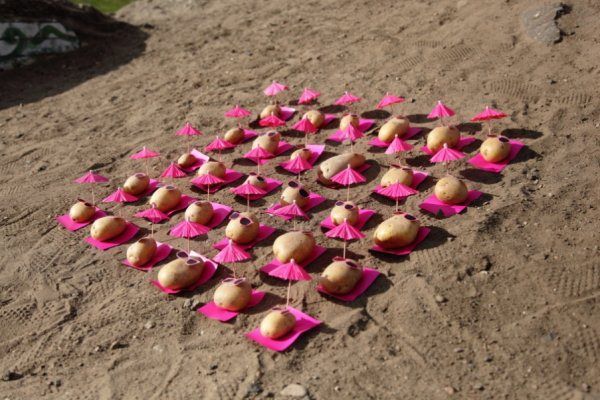 Peter Pink is a German artist who created an amusing series using strategically placed potatoes, cucumbers, and handmade props. Peter likes to describe himself  as a ‘nonsense maker’ and ‘clueless inventor’. His dressed-up veggies can be seen sunbathing in the beach, having a rally outside a fast food chain, and holding a funeral for one […]
Read More... 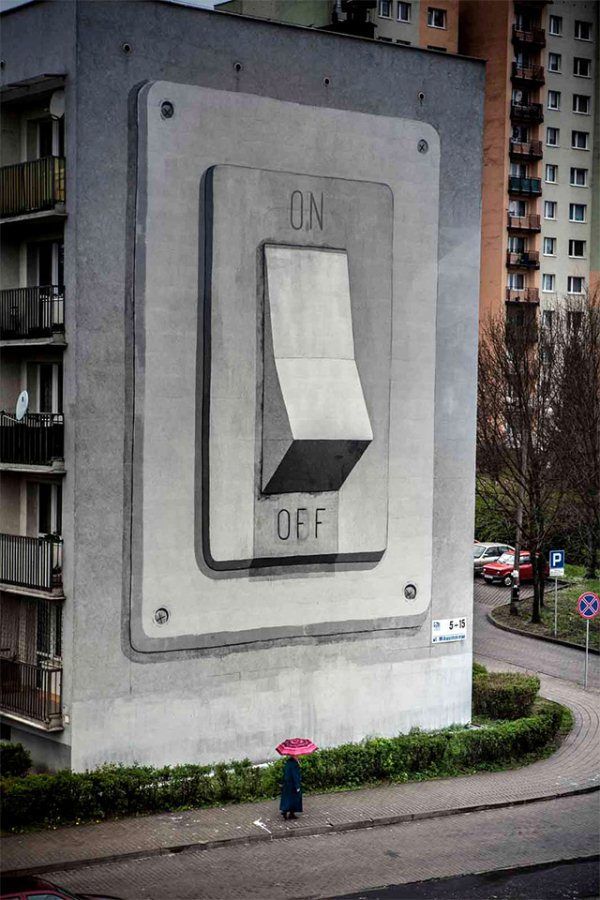 Escif is a Spanish street artist whose work has also been popping up in Italy, France, and Canada. Unlike most street artists who uses loud, often clashing colors, Escif tends to use simple lines and subdued colors. It is the humorous and often direct commentary on sensitive social issues such as politics, capitalism, and the […]
Read More... 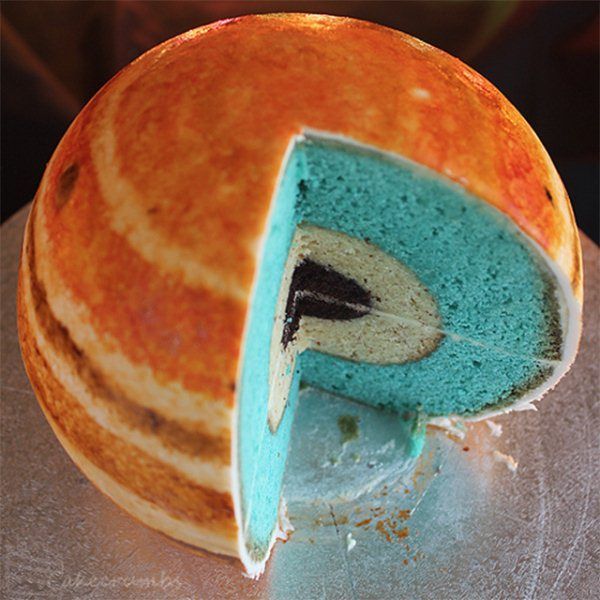 Feeling a bit peckish? Have a slice of Jupiter. Planetary cakes are fast becoming quite the rage ever since self-taught chef Rhiannon created the Earth cake. It all started when her sister asked her if she could bake a spherical layer cake. It was going to be used as an instructional tool for a geology […]
Read More... 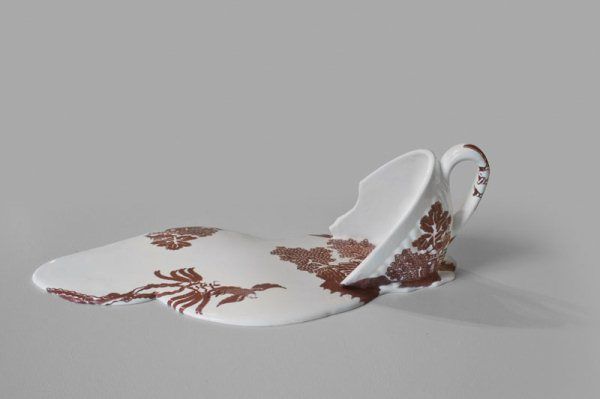 Nomad Patterns is a series by Livia Marin which features more than thirty ‘melted’ China cups, vases, and teapots. It was exhibited at the Eagle Gallery in London in 2012. Interestingly, each piece retains its pattern even though it’s melted. The patterns in the pieces is the Willow Pattern motif. A pastiche of Chinese landscape […]
Read More...

Anne-Catherine Becker-Echivard is a French photographer who let’s nothing go to waste. She carefully completes her sets before going out to buy fresh fish. The fish are then cleaned, gutted, and beheaded. The bodies go straight to the pan, while the heads take a detour around to her studio. Eventually, the heads do get to […]
Read More... 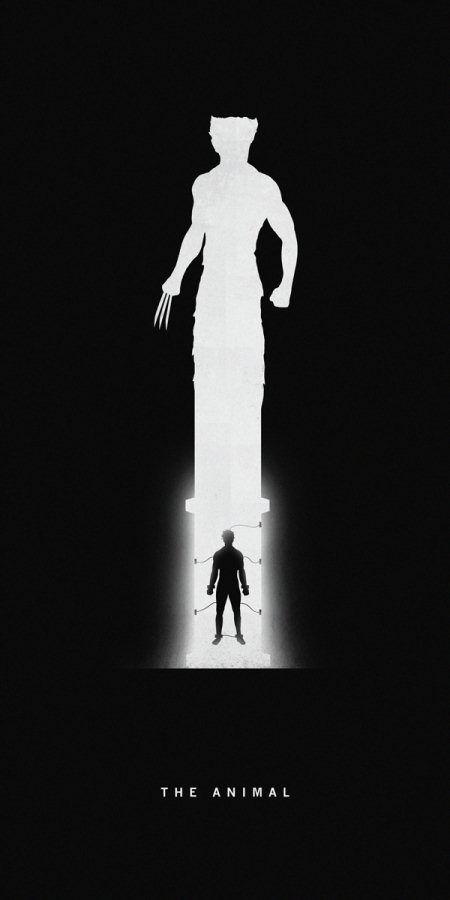 Khoa Ho is a California-based artist whose recent series of posters feature the origin of all our favorite comic book heroes. He said: “In this poster series I took a dive into the origins of these individuals and who they were before they became superheroes to remind us that despite the trials of our past, […]
Read More... 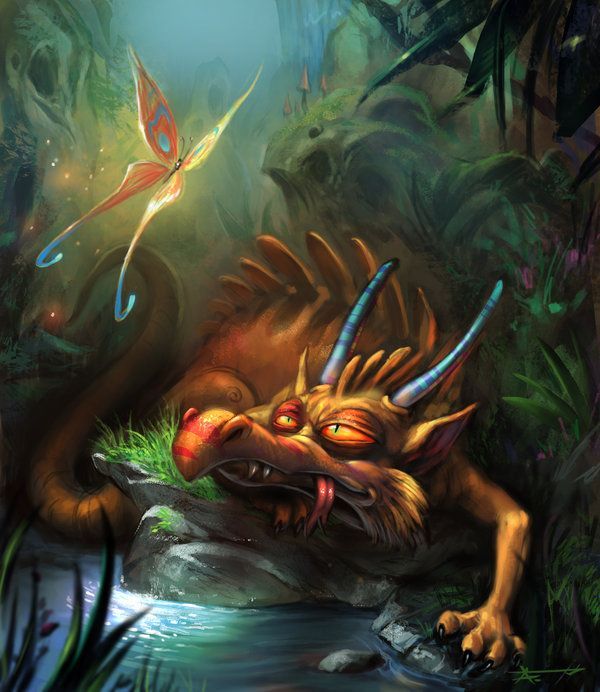 Artur Fast is a freelance illustrator who lives and works in Germany. His art is highly imaginative, most often featuring otherworldly creatures. Very few of his ‘creatures’ can ever be described as cute or cuddly. They may, however, be described as otherworldly. The fellow in the striped shirt with the glowing eyes is outright creepy, […]
Read More... 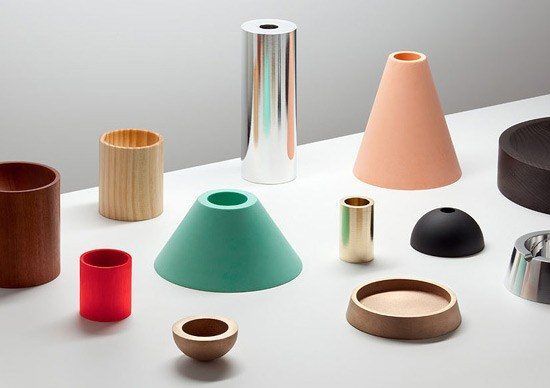 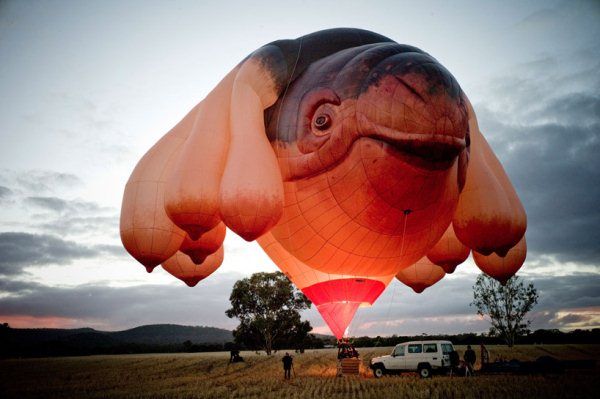 The humongous “Sky Whale” is actually a hot air balloon commissioned by Canberra for their centenary. Artist Patricia Piccinini was tasked to conceptualize the whole thing. She said: “’The skywhale may appear fantastic but think about the blue whale – an air breathing mammal that lives in the ocean – and it doesn’t seem so […]
Read More... 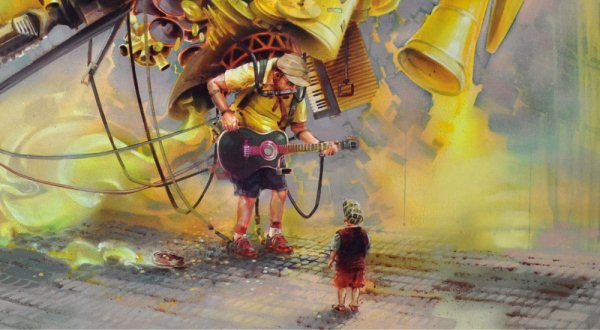 Wes 21 belongs to an elite group of street artists called the Schwarzmaler. Wes 21’s real name is Remo Lienhard  and his work basically leaps out at you. I’ts packed chock-full of details and brilliantly executed with a gritty sense of humor. Remo has also dabbled in sculpture and illustration. This Swiss multimedia artist is […]
Read More... 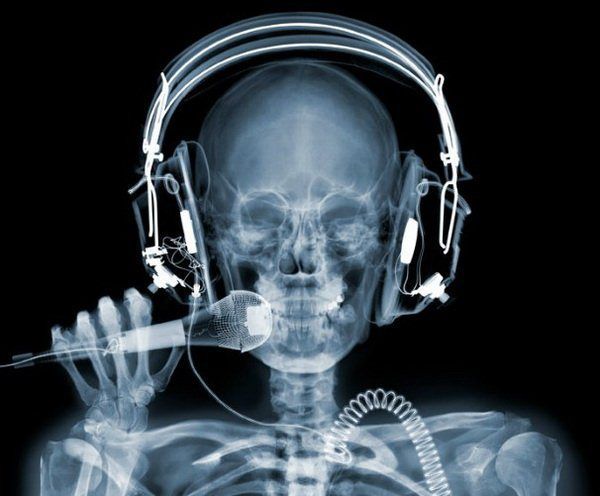 Nick Veasey has managed to fuse science and art in his work. He’s a British photographer who works with images created from X-ray imaging. It all started when he was asked to take an x-ray of a cola can. Back then, he was working in advertising. As an experiment, he also X-rayed his shoes. He was […]
Read More...